More than 300 women from over 40 countries joined our second Women in Green Hydrogen networking events! Women from Zimbabwe, Poland, Pakistan, Brazil, Algeria, Colombia and many other countries came together to network and share their stories of change: What would we like to change about the hydrogen world? What are our experiences with change within our organisations? How can we change the world around us?

In the first event on Tuesday, 27th of April, our hosts and two of our founding members Kathrin Goldammer and Gökçe Mete spoke to Jekaterina Boening, Senior Policy Manager at Transport & Environment Germany and Asunción Borrás, Senior VP Business Development H2BU Engie about their personal and professional stories of change.

Jekaterina Boening, also one of the founding members of WiGH, told us about how the network has recently supported a hydrogen initiative in creating diverse boards and committees.

“Change takes time. This is why we have to be persistent, patient and strong in bringing diversity forward. WiGH is the place where I experience positive change on a daily basis.”

Asunción Borrás spoke about her experiences of change in the energy sector along different positions in her career, from Spain to Chile – emphasising that women must empower women to enable lasting change.

“I think the cliché ‘women don’t support women’ is simply not true, women do support women, and that’s what creates change.”

In the second event on Friday, 30th of April, we welcomed Alicia Eastman, Managing Director InterContinental Energy, who spoke about her experiences as an entrepreneur with diversity, and how she is actively pursuing it for everyone’s benefit. As hydrogen is a sector that is changing quickly, many new people (and women) are coming in.

“Wonderful to meet so many enthusiastic, engaging, competent women in green hydrogen! I am especially impressed with the younger crew that already have many years of expertise across supply, equipment, engineering, government, NGO, and legal activities. Looking forward to the future with this group!”

For many women, the highlights of the events were the break-out sessions, in which they had time to network and exchange stories about change they wish to see, or have already seen within their organisations and the hydrogen sector.

We as WiGH highly value having connected with so many inspiring women and opening up the room to network and learn from each other. As we received enthusiastic feedback to both events, especially to the networking sessions, we are planning to host another networking event soon. Stay tuned! 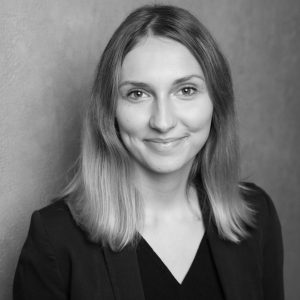