We are discussing hydrogen colors, hydrogen applications, and Power-to-X conversion technologies. But what we are not discussing is who is dominating the discourse about the technology’s future – and which voices are missing. We looked at the most recent and upcoming hydrogen events in October and November 2020 and found that only one in six of the featured experts are women.

Why does this matter? You can skip this paragraph if you really need to hear why gender diversity in events and conferences is generally a good thing. Or you could refer to some great online resources by searching for “panel pledge” and similar keywords. But if you care to know why we care, here are some of our most important points:

Evidence from the most recent and upcoming events in hydrogen suggests there is still a long way to go. In our analysis for this short article, we looked at 13 hydrogen conferences and events in mostly Germany during the most recent time span, ranging from October 27 to November 27, 2020. These include small and regional ones, like the Oldenburg Energiecluster meeting about green hydrogen in the energy transition or the Hydrogen-roadmap event by the German State of North-Rhine-Westphalia, but also very big ones such as the HYPOS-Forum, the H2.0 conference by the German National Organisation Hydrogen and Fuel Cell Technology, NOW, or the European Hydrogen Forum. The events featured 210 names in total. Out of those, 171 were male and 39 were female. Among them, we are also counting women moderators in conferences for reasons of simplicity. This means that we are actually overstating the share of women significantly. But even with this benevolent measure, we found that more than 80 percent of the people we are being presented as experts in the field are male.

You probably want to know which events had the most unequal ratio:

The event with the highest share of women on stage at around 30 percent was organized by the European Commission and The Fuel Cells and HydrogenJoint Undertaking called the “European Hydrogen Forum”: It involved 30 men and 13 women.

The only event we found with a more balanced share of women and men on stage was the green hydrogen event of the Oldenburg Energiecluster – but in this one, the panel consisted of 3 men and 1 woman. Were it not for the female moderator – which as we said we counted for reasons of simplicity – the share of women would have been only 25 percent.

We assume that conference organizers do not actively ignore women or haven’t heard about diversity. In fact, we noticed ourselves that it is sometimes hard to find and connect to the female experts out there. If you are a conference organizer with that challenge, there is help: On November 24, 2020 we are launching an expert database of women in green hydrogen on our website. It will be a great source of names and biographies of women you can refer to for expertise. For those of you who are not convinced that they should reconsider their programs, we can only encourage you to pay attention to your potential audience: What are you implicitly saying to them about yourselves through the list of speakers at your conferences?

The German government was obviously concerned with gender parity when it put together the German hydrogen council. It counts 27 members, of which 11 are women.  The council was curated in 2020, which gives us hope. There is some work ahead to increase the visibility of women in the green hydrogen sector. At Women in Green Hydrogen, we have decided to take action ourselves and provide a platform to connect, empower, and inform the world about female professionals in the field. With our website, we want to promote the participation of women in conferences, expert talks, and media appearances and shape a more diverse and inclusive discourse in the green hydrogen world.

At this point, we would also like to give a shout-out to other stakeholders and initiatives in Germany who are actively promoting diversity in fields that are traditionally male – and also white, heterosexual, and able-bodied. Equality may start with gender for us, but it doesn’t end there. If you want to find out more, we highly recommend German initiatives such as www.vielfaltfinder.de or www.charta-der-vielfalt.de.

If you are an event organizer and want to make use of our resources, we would love to hear from you. We also welcome everyone who wants to get involved into the endeavor of making hydrogen not only green, but a bit more colorful.

Back to all news 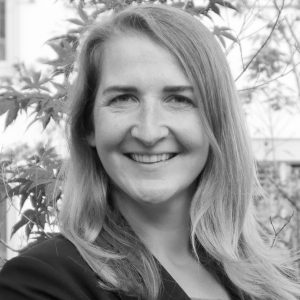